The freedom to read is essential to our democracy. It is continuously under attack. Private groups and public authorities in various parts of the country are working to remove or limit access to reading materials, to censor content in schools, to label “controversial” views, to distribute lists of “objectionable” books or authors, and to purge libraries. These actions apparently rise from a view that our national tradition of free expression is no longer valid; that censorship and suppression are needed to counter threats to safety or national security, as well as to avoid the subversion of politics and the corruption of morals. We, as individuals devoted to reading and as librarians and publishers responsible for disseminating ideas, wish to assert the public interest in the preservation of the freedom to read.

Most attempts at suppression rest on a denial of the fundamental premise of democracy: that the ordinary individual, by exercising critical judgment, will select the good and reject the bad. 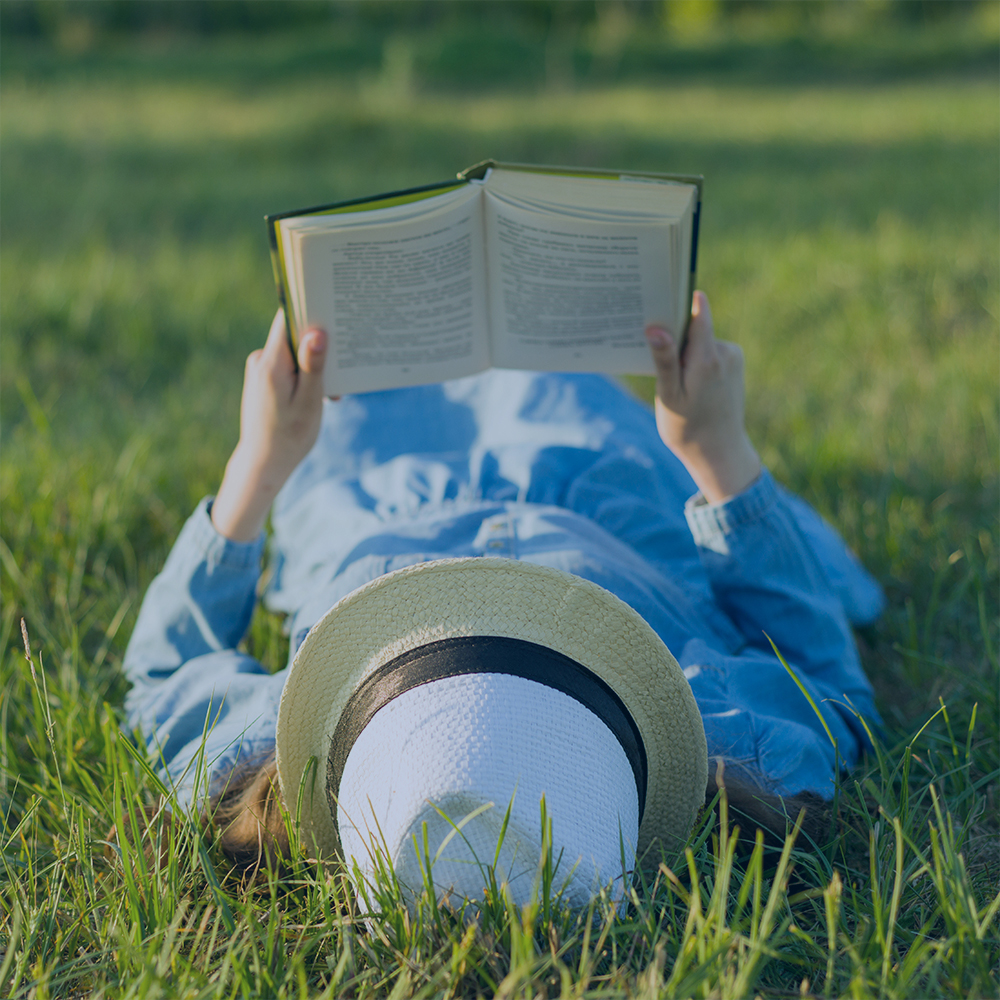 We trust Americans to recognize propaganda and misinformation, and to make their own decisions about what they read and believe. We do not believe they are prepared to sacrifice their heritage of a free press in order to be “protected” against what others think may be bad for them. We believe they still favor free enterprise in ideas and expression.

These efforts at suppression are related to a larger pattern of pressures being brought against education, the press, art and images, films, broadcast media, and the Internet. The problem is not only one of actual censorship. The shadow of fear cast by these pressures leads, we suspect, to an even larger voluntary curtailment of expression by those who seek to avoid controversy or unwelcome scrutiny by government officials.

Such pressure toward conformity is perhaps natural to a time of accelerated change. And yet suppression is never more dangerous than in such a time of social tension. Freedom has given the United States the elasticity to endure strain. Freedom keeps open the path of novel and creative solutions, and enables change to come by choice. Every silencing of a heresy, every enforcement of an orthodoxy, diminishes the toughness and resilience of our society and leaves it the less able to deal with controversy and difference.

Now as always in our history, reading is among our greatest freedoms. The freedom to read and write is almost the only means for making generally available ideas or manners of expression that can initially command only a small audience. The written word is the natural medium for the new idea and the untried voice from which come the original contributions to social growth. It is essential to the extended discussion that serious thought requires, and to the accumulation of knowledge and ideas into organized collections.

We believe that free communication is essential to the preservation of a free society and a creative culture. We believe that these pressures toward conformity present the danger of limiting the range and variety of inquiry and expression on which our democracy and our culture depend. We believe that every American community must jealously guard the freedom to publish and to circulate, in order to preserve its own freedom to read. We believe that publishers and librarians have a profound responsibility to give validity to that freedom to read by making it possible for the readers to choose freely from a variety of offerings. The freedom to read is guaranteed by the Constitution. Those with faith in free people will stand firm on these constitutional guarantees of essential rights and will exercise the responsibilities that accompany these rights.

We therefore affirm these propositions:

1. It is in the public interest for publishers and librarians to make available the widest diversity of views and expressions, including those that are unorthodox, unpopular, or considered dangerous by the majority. Creative thought is by definition new, and what is new is different. The bearer of every new thought is a rebel until that idea is refined and tested. Totalitarian systems attempt to maintain themselves in power by the ruthless suppression of any concept that challenges the established orthodoxy. The power of a democratic system to adapt to change is vastly strengthened by the freedom of its citizens to choose widely from among conflicting opinions offered freely to them. To stifle every nonconformist idea at birth would mark the end of the democratic process. Furthermore, only through the constant activity of weighing and selecting can the democratic mind attain the strength demanded by times like these. We need to know not only what we believe but why we believe it.

2. Publishers, librarians, and booksellers do not need to endorse every idea or presentation they make available. It would conflict with the public interest for them to establish their own political, moral, or aesthetic views as a standard for determining what should be published or circulated. Publishers and librarians serve the educational process by helping to make available knowledge and ideas required for the growth of the mind and the increase of learning. They do not foster education by imposing as mentors the patterns of their own thought. The people should have the freedom to read and consider a broader range of ideas than those that may be held by any single librarian or publisher or government or church. It is wrong that what one can read should be confined to what another thinks proper.

3. It is contrary to the public interest for publishers or librarians to bar access to writings on the basis of the personal history or political affiliations of the author. No art or literature can flourish if it is to be measured by the political views or private lives of its creators. No society of free people can flourish that draws up lists of writers to whom it will not listen, whatever they may have to say.

4. There is no place in our society for efforts to coerce the taste of others, to confine adults to the reading matter deemed suitable for adolescents, or to inhibit the efforts of writers to achieve artistic expression. To some, much of modern expression is shocking. But is not much of life itself shocking? We cut off literature at the source if we prevent writers from dealing with the stuff of life. Parents and teachers have a responsibility to prepare the young to meet the diversity of experiences in life to which they will be exposed, as they have a responsibility to help them learn to think critically for themselves. These are affirmative responsibilities, not to be discharged simply by preventing them from reading works for which they are not yet prepared. In these matters values differ, and values cannot be legislated; nor can machinery be devised that will suit the demands of one group without limiting the freedom of others.

5. It is not in the public interest to force a reader to accept the prejudgment of a label characterizing any expression or its author as subversive or dangerous. The ideal of labeling presupposes the existence of individuals or groups with wisdom to determine by authority what is good or bad for others. It presupposes that individuals must be directed in making up their minds about the ideas they examine. But Americans do not need others to do their thinking for them.

6. It is the responsibility of publishers and librarians, as guardians of the people’s freedom to read, to contest encroachments upon that freedom by individuals or groups seeking to impose their own standards or tastes upon the community at large; and by the government whenever it seeks to reduce or deny public access to public information. It is inevitable in the give and take of the democratic process that the political, the moral, or the aesthetic concepts of an individual or group will occasionally collide with those of another individual or group. In a free society individuals are free to determine for themselves what they wish to read, and each group is free to determine what it will recommend to its freely associated members. But no group has the right to take the law into its own hands, and to impose its own concept of politics or morality upon other members of a democratic society. Freedom is no freedom if it is accorded only to the accepted and the inoffensive. Further, democratic societies are more safe, free, and creative when the free flow of public information is not restricted by governmental prerogative or self-censorship.

7. It is the responsibility of publishers and librarians to give full meaning to the freedom to read by providing books that enrich the quality and diversity of thought and expression. By the exercise of this affirmative responsibility, they can demonstrate that the answer to a “bad” book is a good one, the answer to a “bad” idea is a good one. The freedom to read is of little consequence when the reader cannot obtain matter fit for that reader’s purpose. What is needed is not only the absence of restraint, but the positive provision of opportunity for the people to read the best that has been thought and said. Books are the major channel by which the intellectual inheritance is handed down, and the principal means of its testing and growth. The defense of the freedom to read requires of all publishers and librarians the utmost of their faculties, and deserves of all Americans the fullest of their support.

We state these propositions neither lightly nor as easy generalizations. We here stake out a lofty claim for the value of the written word. We do so because we believe that it is possessed of enormous variety and usefulness, worthy of cherishing and keeping free. We realize that the application of these propositions may mean the dissemination of ideas and manners of expression that are repugnant to many persons. We do not state these propositions in the comfortable belief that what people read is unimportant. We believe rather that what people read is deeply important; that ideas can be dangerous; but that the suppression of ideas is fatal to a democratic society. Freedom itself is a dangerous way of life, but it is ours.